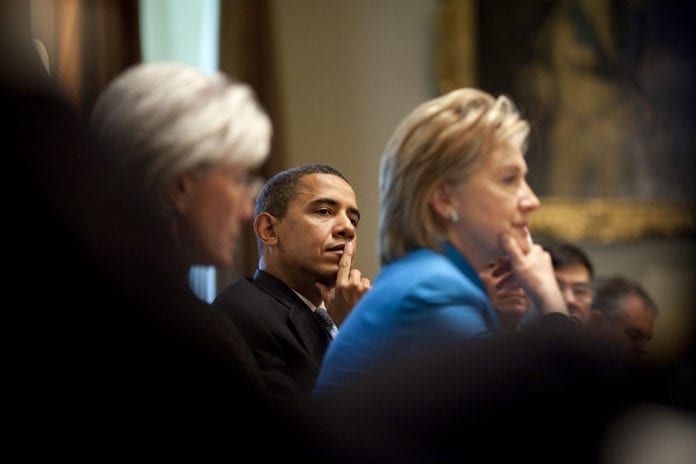 In the greater scheme of all things political, trolling is somewhat of a new activity. So new, in fact, that some are unfamiliar with what it actually is. Trolling is simply the act of deliberately making or writing intentionally offensive material anywhere on the internet with the goal of creating hysteria or eliciting some type of heated response from someone.

In 2017 we have seen the act of trolling elevated to a new norm, an almost expected form of behavior for the Democratic party. In the spirit of honesty, many people, myself included, have fallen for the Dem’s bait that they are trolling.

The Democratic party is so good at trolling that we have almost all started to unknowingly troll ourselves again and again. Many of us are completely unaware that we are even doing it. The Democrats have been so successful at creating their own version of an alternate reality that most of us buy into it. Once we have succumbed to their trickery, we end up getting pushed into a corner then sulk away embarrassingly once we realized we’ve been trolled.

The trolling for the left started back when Obama was in office. The left consider him to be America’s most successful president. Honestly, they had a good thing going for their party and when the election season started creeping up they only had one small task to perform – find someone to carry on their self-proclaimed politically holy legacy. Doing so would have kept the same voter base engaged and provided an easy way to carry on the Obama legacy of political change.

Here, now, is where the trolling really starts. Rather than finding a person that would have fit into the system, they instead chose to change it so that their best candidate, Hillary, could run. The media mostly portrayed her as the most presidential, which was the act of trolling. The truth about Hillary and the left is that she is the most politically unattractive person to the party. So much so that even when the system was tampered to favor her, worry still circled within the party about Bernie being able to easily topple her. Ah, poor Hillary.

We as Americans, party affiliation aside, were all duped into believing she was the best candidate possible for the job. Especially over now President Donald Trump. America bought into that lie – even the GOP voter base.

In the end, the right person won the election. What is even better, though, is the left has had to deal with the embarrassment of letting their master plan of trolling and deceit fail. No offense whatsoever to President Trump, but Hillary could not even beat him. Not only do they have live with that reality, but they actually still force themselves to go through the embarrassment by calling more attention to the “reasons” she lost, whether it be Russia, the FBI news or poor media coverage. In their mind it is certainly not due to the fact that she is a lying crook who was one of the worst candidates the left has ever raised up.

All of this political gaming and trolling leads us to the current state of political affairs where the Democratic party is so much more focused on toppling Trump than leading their party and country. In the end, their excessive jabs and attacks on the GOP will likely come back to bite them just as their failed trolling did during the election. When Trump succeeds, the Dems fail, so they try harder and harder, thus making Trump look more presidentially successful than before. Come 2020, the Democratic voter base will realize that their party cannot satisfy their demands, leaving them with a feeling of hopelessness. This equates to lower voter turnout as well as voters changing their party affiliation. Imagine a repeat of the 2016 election but this time it is a voter base from the left coming out of the shadows to vote for the Republican candidate after their 4 years of disgust with their own party.

So, let’s all give the Dems the standing ovation they deserve for being so petty and shallow that they could not even maintain control of the White House when they had everything on their side. Their efforts to pull the wool over American’s eyes failed in such a big way that it is almost comically inspiring.