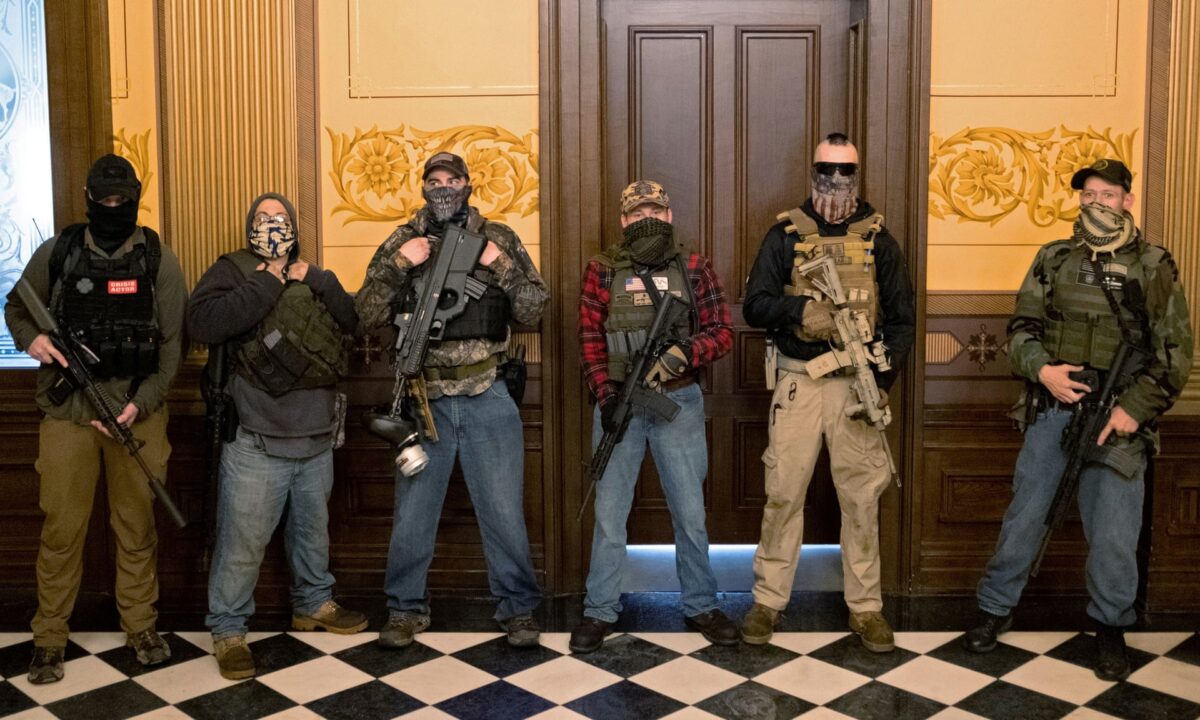 We all recognize that rioting, destruction of private and public property, and looting are unacceptable and unlawful forms of protesting. Watching a business owner lose everything as their business burns to the ground in a fire set by “peaceful protesters” is gut-wrenching. Seeing news of police officers being set ablaze and shot by violent activists is infuriating. These acts of politically motivated violence deserve to be called out by Idaho’s political groups and the media. Support for law and order is under fire right now and many of us want to see our law enforcement community get the support it needs during this time of instability.

On October 8th, 2020, the FBI announced that they had arrested a dozen people in connection to a plot to kidnap the Governor of Michigan and kill police officers. The details of the plot include building improvised explosive devices and plans to murder law enforcement officers to potentially set off a war against the government.

Throughout the FBI affidavit listing the activities of the far-right militia group and their terror plots, a constant theme emerged; Governor Whitmer was a tyrant and they needed to do something about it.

Conservatives around the country agree that Governor Whitmer’s lockdown actions were more extreme than states like Idaho. The rhetoric calling for action against tyranny during the pandemic has a familiar echo right here in our state.

The Idaho Freedom Foundation led the charge calling for action against a tyrannical Governor. Their message was spread through an organized network of far-right Facebook pages like Idaho Dispatch, Health Freedom Idaho, the Idaho 3% militia, and Ammon Bundy’s People’s Rights group. They intentionally shared misleading information designed to incite anger and fear. They all promoted the false idea that the Governor was going to take your rights, your freedom, and your kids.

This is the same kind of messaging that was used to radicalize the members of the Wolverine Watchmen group and the Michigan militias involved in the domestic terror plot. If the FBI were not there to stop them, who knows how many lives would be lost today.

This would have been a great opportunity for Idaho’s far-right groups and militias to reassure Idahoans that while they were busy radicalizing people to turn on our Governor, that they denounce violence and have no plans to kidnap him. This is the perfect time for them to support law and order. So what were Idaho’s far-right groups posting while the news of the domestic terror plot made headlines across the country?

There was not a single mention of the plot to kidnap a sitting US Governor by a far-right militia group on any of Idaho’s far-right political groups. Given how much their narrative mirrors those used to radicalize the Michigan militias against the Governor, their silence implies their consent.

This summer, leaders of these groups cheered on as an armed mob swarmed the state capitol and shoved officers who were woefully outnumbered. Why? Just to make a show of force against perceived tyranny. Other far-right leaders like Greg Pruett wrote an article on what it takes to stage an armed insurrection against our Government.

Idaho’s far-right leaders have no problem attacking violence from the left. When it comes to far-right domestic terror plots by militia groups with ties to the 3% and the Constitutional Sheriffs movement, they remain silent on the issue. Supporting law and order only apply to those that agree with their twisted logic.

We sincerely pray that none of their radicalized group members follow in the footsteps of the Michigan domestic terrorists and create a mass casualty event or kidnapping of any of our government leaders. All it takes is someone like Timothy McVeigh lurking within their social media echo chambers to do the unthinkable.

This article was written by Idaho Conservatives’ editorial board.

Disclaimer – Once again we are not alleging that any Idaho far-right group has broken any laws or planning to break any laws that we know of in this editorial. 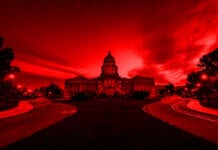