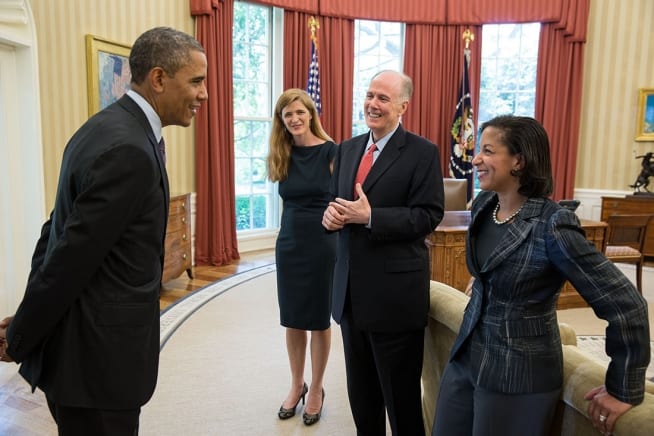 It was recently discovered that the previous national security advisor from the Obama-era, Susan Rice, sent herself a highly “unusual email” on the day of President Donald Trump’s inauguration.

The email documented guidance given by then President Obama regarding specifics as to how law enforcement agencies and officials should investigate interference from the Russians during the 2016 presidential election campaigns. The email offers the indication that these items were discussed in a January 5th meeting including Obama, Sally Yates, Susan Rice, Joe Biden and James Comey.

The force behind the move comes from Senator Lindsey Graham and Chuck Grassley the Senate Judiciary Committee Chairman. According to news sources, Susan Rice wrote the following to herself in the email:

“President Obama began the conversation by stressing his continued commitment to ensuring that every aspect of this issue is handled by the Intelligence and law enforcement communities ‘by the book.’ The president stressed that he is not asking about, initiating or instructing anything from a law enforcement perspective. he reiterated that outlaw enforcement team needs to proceed as it normally would by the book.”

Rice later added in the email, speaking more about Obama’s comments in the meeting, that “he wants to be sure that, as we engage with the incoming team, we are mindful to ascertain if there is any reason that we cannot share information fully as it relates to Russia.” Further, in the email, she wrote “The President asked Comey to inform him if anything changes in the next few weeks that should affect how we share classified information with the incoming team. Come said he would.”

Not surprisingly, this new release of evidence indeed raises a new line of questions. Addressing the email, the two senators behind the release of the email penned a letter to Rice. Included in that letter was the following:

“It strikes us as odd that, among your activities in the final moments on the final day of the Obama administration, you would feel the need to send yourself such an unusual email purporting to document a conversation involving President Obama and his interactions with the FBI regarding the Trump/Russia investigation.”

Also included in the letter was the following: “In addition, despite your claim that President Obama repeatedly told Mr. Comey to proceed ‘by the book,’ substantial questions have arisen about whether officials at the FBI, as well as at the Justice Department and the State Department, actually did proceed ‘by the book.’”