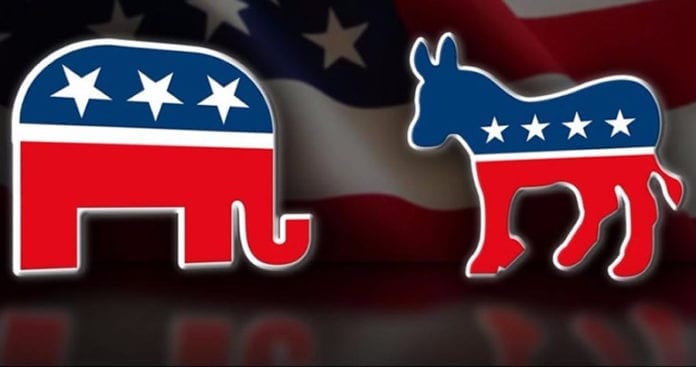 However, low ratings are not exclusive to President Trump. Currently, 37% of Americans have a positive opinion of the Democrats. This new, much lower approval rating of the Democratic Party comes months after seeing 44% approval in March of this year.

These decreased ratings are somehow puzzling to an already struggling Democratic party. With multiple year streaks of inner-party wars, a long and public fight with the GOP, and new revelations into the shady politics of the DNC, Democrats should be optimistic with the 37% approval rating they are somehow maintaining.

These lower ratings have both the GOP and the Dems looking towards 2018, curious about the future of each respective party.

While the Democratic party maintains an edge with independents as well as a minimal edge in popularity, there is trouble on the horizon for the Democratic voting base. An estimated 36% of registered Democratic voters have indicated they will vote next year, showing a sharp decline in voter participation. In September, just two months ago, 44% of Democrats planned to vote.

One additional thorn in the Democrat’s side is the fact that most voters are coming out to vote because of party dislike rather than party affiliation or platform, meaning that the voter base who will show up is only there out of tension towards the GOP.

Comparatively, the last big election opened our eyes to the GOP populous in America that showed up to vote for a better America rather than one person and a party.

These indicators for voter participation and approval rating show that Congress actually has a lower approval rating than the President right now. Whether or not this leads to any unforeseen changes in 2018 or 2020, we do not know.

Despite the many sources of fake news that say otherwise, the approval of Trump is higher than nearly all media outlets profess it to be.

This information undoubtedly leaves questions unanswered for the future of the GOP. If one thing rings clear it is the need for party unification within the GOP as well as a strategy for how to pull out of low approval ratings and maintain what was fought so hard to achieve.