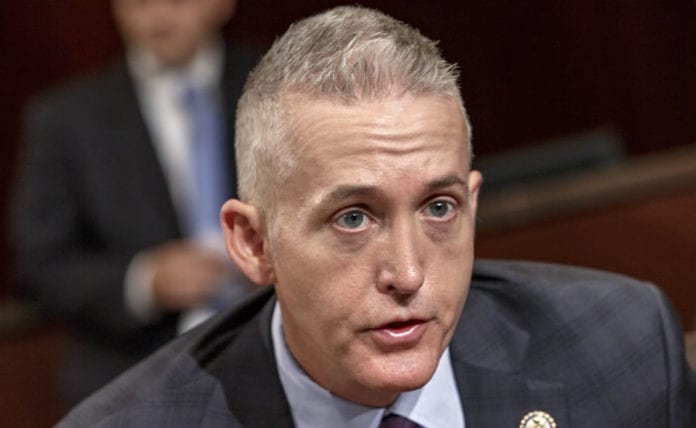 Nothing unites a team like an attack from the opposition. It is no secret that the Democratic party is trying to conjure up something from nothing in regards to Russia and Trump.

Recently, though, that plan may have backfired in explosive fashion for the Democratic party. President Trump recently spoke about the breaking news of investigators looking into the Clinton campaign’s alleged spending of $12 million on a previously undisclosed dossier created during the past election cycle. The goal of the dossier was simple – destroy Trump. The campaign and Democratic party clearly would love this news to stay suppressed, but as news leaked to the republican side of the aisle and the American people, a new level of “anger and unity” between Republicans began to stir, according to President Trump, as expressed in a string of tweets.

“Never seen such Republican ANGER & UNITY as I have concerning the lack of investigation on Clinton made Fake Dossier (now $12,000,000?).”

The news broke on Sunday after Trey Gowdy, the chairman of the House Oversight committee disclosed to “Fox News Sunday” that there were concerns about the Clinton 2016 campaign suspiciously paying at a minimum $10 million for the dossier, with the sole purpose of Trump opposition research.

Gowdy commented on the allegation and news, “I’m interested in that…laundering money through law firm.”

Still, somehow, the Russia investigation remains the focal point of the news, still trying to prove any of the seemingly endless theories that have yet to receive any substantiation. With breaking news of scandal, dishonesty and repeated coverups on an unmatched scale in the Democratic party, it leaves the GOP wondering what caliber story it will take for the news media to say anything about the Democrats.

In another tweet, President Trump commented, “The Uranium to Russia deal, the 33,000 plus deleted Emails, the Comey fix and so much more. Instead, they look at phony Trump/Russia.” This comment posting moments after news broke about special counsel Robert Mueller now having federal grand jury charges in the Russia Investigation that could be released very, very soon.

As more and more news breaks around the Democratic party, they seem to fight harder and harder against the GOP, or throw more and more mud on the wall, in a last hail mary-esq effort to see what might stick. Commenting on the relentless fight from the Democrats, President Trump noted “The Dems are using this terrible (and bad for our country) Witch Hunt for evil politics, but the R’s … are now fighting back like never before. There is so much GUILT by Democrats/Clinton, and now the facts are pouring out. DO SOMETHING!”

One thing remains, as usual, crystal clear to the country: The GOP is focused on leading and making America great again while the Democrats are focused on eliminating the GOP from a place of leadership. Imagine an America where the Democrats cared about the country more than party.