Reading news stories about how your personal information was compromised and shared online is gut-wrenching. We all value our privacy. Weaponizing personal information is one of those things that make most people cringe. This is a story of how those that tell you that they are the only “true conservatives” use private information to enforce their ideology.

During the Republican Primary election season of 2018, Mike Duff headed a PAC called “Idahoans Fighting Corruption”. This PAC’s aim was to help then-candidate Janice McGeachin defeat former Idaho State GOP Party chair Steve Yates in a five-way race for Lt. Governor. During the race, the ironically named PAC sent out a mailer statewide with the contents of a very personal and private email plastered on the card for all the world to see.

Maria Nate, former Representative Ron Nate’s wife, had gone through her dying mother’s emails and found one that she thought was politically useful. She sent it to her good friend and a top financial supporter of her husband’s campaigns, Bryan Smith. This email ended up on the mailer sent by the PAC that was funded by the same Bryan Smith and his close Central Committee comrade Doyle Beck.

Maria Nate and Mike Duff were both confronted about why the deeply personal email made its way onto that mailer and Duff said, “Dead people do not have an expectation of privacy”.

Nate for her part cried and denied that her actions were for political reasons and refused to name Smith as the one to whom she sent her recently passed mother’s email.

Bonneville County Republican Central Committee Legislative District Chair, Idaho Freedom Foundation board member, and well known political activist Doyle Beck secretly recorded Steve Yates while he was the ID GOP party chair. This was released to the public on YouTube to expose the potential recruitment of precinct officers that could have the potential to unseat Beck and his comrade Bryan Smith’s sacred positions on the BCRCC.

Idaho is a single party consent state. Anyone can record someone else without consent making these actions legal.

One would think drawing attention to this kind of behavior would stop these far-righteous political activists from continuing to engage in activities that most people would see as a personal (albeit legal) violation of their privacy.

Last month, the IFF shared the name of photos of the officer who arrested Sara Walton Brady, an anti-vaccine political activist who was closely aligned with the IFF during a staged playground protest.

This led to his address being shared publicly by IFF supporters and the almighty Ammon Bundy and former legislative candidate Domingo Rodrigez to show up at the officer’s private residence. A small throng of dedicated IFF supporters joined them in what they felt was a perfectly reasonable act of terrorizing a local police officer’s family.

The IFF deleted the post their Communications Director Dustin Hurst created and initially tried to deny their involvement.

Weeks later, the entire list of voters who requested a ballot in the 2020 Idaho Primary Election was published on the website of IFF’s political arm, Idaho Freedom Action. (It’s no coincidence they share the same staff and office address.)

This list included the names and addresses of judges, police officers, and domestic abuse victims whose information should have been kept private for obvious security reasons. Any criminal or abusive spouse could have used this list to target a specific individual at risk.

Wayne Hoffman, Fred Birnbaum, and Dustin Hurst just don’t care. They deleted the list only after they were caught by the press sharing 280,000 names and addresses. Hoffman later shared a video on Facebook where he acted completely dismissive of the act and flaunted his contempt for the press. He also used the video to poorly interpret Idaho law and falsely claim the Governor had declared martial law.

IFF board members Bryan Smith, Doyle Beck, and Brent Regan did nothing to condemn their organization’s devious action.

Their actions, while many believe to be shady as hell, were technically legal.

Why Did The Idaho Freedom Foundation Publish the Voter List?

Votes are secret for a reason. Voters expect their information to be protected by the state so their trust in the system remains intact. Sharing this list was a massive betrayal of public confidence. If the appearance that your ballot is not kept secret is broken, then the incentive to turn it in drops considerably. Hurst himself admitted this was about building mistrust in the voting system.

It’s becoming more clear that IFF is terrified of informed voters who get their political news from sources other than their list of approved websites and Facebook pages.

When our organization published numerous articles exposing the IFF’s insidious behavior and tactics, they used their familiar tactic of doxing (releasing information about a person with the intent to intimidate or direct negative attention).

A former independent contractor of ours and a long time friend of Hoffman, made a video naming our board members and our legal counsel.

Wayne Hoffman shared the video and then posted an article accusing two of the people named as not being conservative enough. They used their self proclaimed Freedom Index score as their proof and sent their army of followers after us while they patted themselves on the back for finally thinking they exposed us. The contractor deleted their video.

Well, they had it all wrong. Luke Malek is not our board member. He is an attorney who was retained and dealt with an issue where the former contractor had run off with our intellectual property. Neither he nor former Rep. Julie VanOrden was the founder of Idaho Conservatives as Hoffman claimed. In fact, in 2017 when the site was founded, neither of them even knew the founder!

Hoffman’s board members were very aware of this important detail and it appears he may have purposefully omitted this fact to incite his followers that he felt were stupid enough to believe whatever he published.

The identities of our board members were not previously disclosed because anyone known to be affiliated with our group has been viciously attacked for standing up to the IFF and affiliated groups.

As a result of posting the names of one of our board members and our legal counsel, comments were posted online by IFF devoted followers that said, ”Get a rope” and “Tar and feather them”.

Destroying lives and character assassinations are justified by the far-right whenever they feel threatened by the truth.

Stay silent or get Doxxed

Sharing secret recordings, releasing private information, and exposing people who had a reasonable expectation of privacy are all intimidating tactics. While technically legal, they seem to be the go-to method for exacting retribution on those who oppose the Idaho Freedom Foundation, its board members, and their favored legislative candidates.

Living or dead, they may not believe you have a reasonable expectation of privacy.

The far-right political machine does not tolerate dissent. You conform to their ideology or face their abusive consequences.

Make a comment defending the Governor or talking about being safe during a pandemic? You are labeled a Nazi sympathizer.

Vote for a bill that’s popular with your constituents but might put a damper on an IFF board member’s medical debt collection racket? You are labeled a RINO and targeted with negative ads.

Idahoans have a reasonable right to privacy. Our right to free speech is protected and may currently be trampled by those who claim they are the only true defenders of the constitution.

Using intimidation tactics to silence their opposition is a hypocrisy none of us should tolerate.

It’s time to end the Idaho Freedom Foundation, their board members, and the affiliated group’s reign of terror on the hard-working people of Idaho.

Disclaimer: While I may believe the actions of Beck, Smith, Hoffman, Hurst, Nate, Pruett, and the rest of their comrades to be repugnant, I’m not making claims that any of the actions discussed in this article are in any way unlawful. 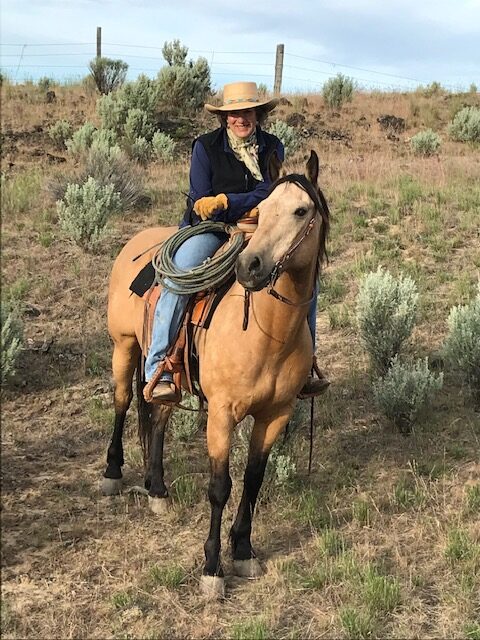