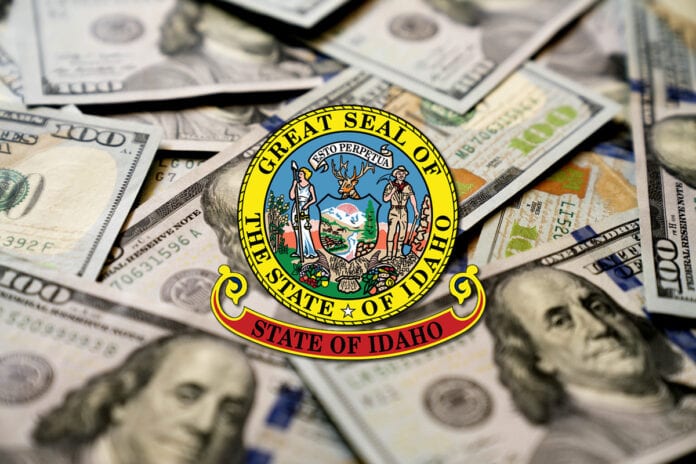 What do a California canned tomato king, a North Carolina gold hawker and a group of Libertarian college kids from Virginia have in common? They may be trying to buy our Idaho Republican primary.

Idaho voters who requested a mail-in ballot may have recently received a nasty piece of mail attacking a good Republicans like Donovan Harrington or Jerald Raymond. Most of these mailers aren’t sent out by candidates since that would mean taking credit for negative campaigning. They’re sent out as “independent expenditures” or “electioneering communications” by third party groups.

The biggest of the independent expenditures have come from Make Liberty Win, a Political Action Committee in Virginia. They’ve spent at least $98,938.10 urging Idaho Republicans to vote for far-right RINOs who call themselves “liberty legislators.”

What’s most interesting about Make Liberty Win PAC’s federal campaign finance report is what isn’t in it: a single penny from Idaho. All of their money comes from California, Virginia, and New Jersey.

Young Americans for Liberty, based in Arlington, VA, gave $301,000 to the PAC. They’re a bunch of Libertarian kids who appear to be primarily focused on legalizing marijuana. When they aren’t selling “pot brownies” in Iowa, they’re campaigning for pot legalization at Liberty University.

Idaho Freedom Action and the Idaho Second Amendment Alliance have been sending out their own mailers, which are even more deceptive. While the Making Liberty Win PAC has used independent expenditures to support the far-right, these groups have used “electioneering communications” to attack their opponents.

Electioneering communications are a dirty old trick. Instead of asking you to vote for or against a candidate, they usually frame an attack by urging you to ask an unfair question. “Ask Bob why he beats his kids.” Or, “Ask Jill why she wants to double your taxes.”

One example is the recent attack mailer against Donovan Harrington. It claims: “CANDIDATE DONOVAN HARRINGTON OPPOSES PROPERTY TAX RELIEF FOR BINGHAM COUNTY FAMILIES.” It urges voters to contact him and ask him why.

This appears to come from a single sentence in a story by the Bingham County Chronicle. “Harrington said he would give relief for senior citizens, and from a legislative view take a look at how assessors look at property values on a year-to-year basis.”

Harrington was actually saying he would focus on property tax cuts for seniors, who are at risk of getting taxed out of their homes, and also focus on assessments, which means cutting everyone’s property taxes. The formula is clear:

Step 1: Tell a lie.
Step 2: Ask you to challenge Harrington with that lie, so that you’ll believe it’s true.

As dirty as these tricks are, they’re as old as the hills. What’s new this year is all the coastal money that’s being spent to pull them off.

Freedom Foundation board members Doyle Beck and Bryan Smith and their wives are the sources of all the in-state money that Idaho Freedom Action and the Second Amendment Alliance have used to attack good Republican candidates. (Wonder what happens to a lawmaker who disobeys the Freedom Foundation? You’re seeing it now.)

The Idaho Second Amendment Alliance has been producing Facebook ads attacking good Republicans. They reported only one $1600 contribution from Bryan Smith.

Idaho Freedom Action, which claims to be a separate organization from the Freedom Foundation but has many of the same board members and staff, has been raising much more. Idaho Freedom Action’s campaign finance reports show they’ve gotten $10,000 from Doyle Beck and his wife and $500 from Bryan Smith and his wife. Another $19,436 has come from a questionable shell company called Trusted Causes LLC.

Trusted Causes LLC gave another $20,000 to Idaho Freedom Action in 2018, and it has the same address as The Sound Money Defense League. That group is run by Stefan Gleason, who also runs Money Metals Exchange, a gold hawking company that would make a lot of money if the U.S. ever returned to the gold standard, a plank the far-right inserted into the Idaho Republican Party Platform. Neither Gleason nor any of these companies are based in Idaho. They’re based in North Carolina.

So, why don’t voters ask Idaho Freedom Action, and Making Liberty Win why they can’t raise real Idaho money to influence Idaho elections? Unlike their unfair attacks disguised as questions, this question is a real one. 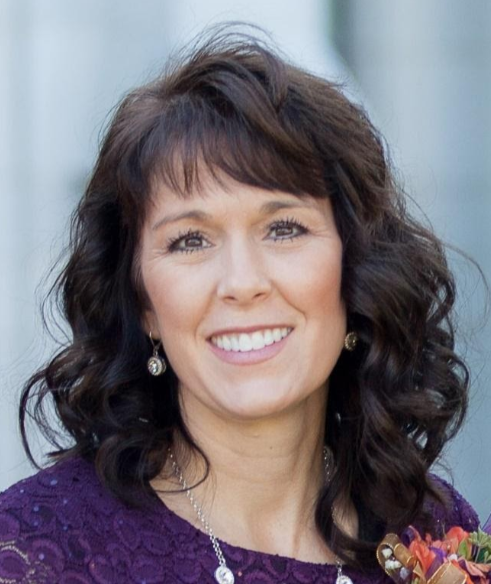 Stephanie Mickelsen has farmed for over 30 years with her husband, Mark.  She is Chief Financial Officer for Mickelsen Farms, LLC.  Stephanie graduated with an Associate of Arts and Science in Economics from BYU-Idaho.  She currently serves as a State Director of the Idaho Farm Bureau, as immediate past President of the Bonneville County Republican Women, as treasurer for Ground Water District 120, Vice-Chair of the Bonneville-Jefferson Groundwater District, and as Vice-Chair on the Board of Trustees for the College of Eastern Idaho.   Stephanie learned early on that being involved in your community was necessary for their farming business.  She has worked with the Idaho Legislature to pass necessary tax reform bills and informing the legislature on detrimental rules and regulations to farmers.