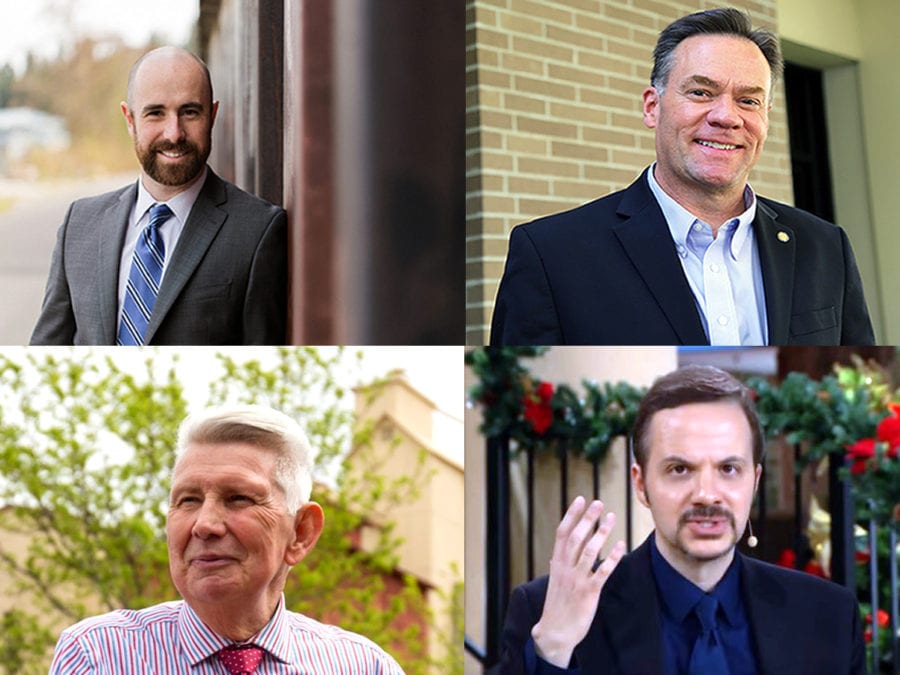 As the Governor’s race rolls along in Idaho, thoughts are turning to the race to replace Congressman Raul Labrador in Congressional District 1.

Since Raul Labrador has entered the Governor’s race, several candidates on the Republican side have jumped in. With a historic majority in voting, the Republican primary has often determined the likely winner in the Idaho general elections.

So far you have the former gubernatorial candidate and State Legislator, Russ Fulcher, current State Representative Luke Malek, former Lt. Governor David Leroy, and a much lesser known Michael Snyder throwing their hats into the ring.

Former Idaho State Senator Russ Fulcher seems to have the early lead based on some very early polling and his high name ID. Fulcher ran against Butch Otter in the primary race for governor last time around and performed better than expected. Also, based on the early financial disclosures, he seems to have gathered the support of wide swath of Republican donors around the state, including Tom Luna, an influential and well thought of possible candidate himself.

Luke Malek is a State Representative from District 4A in Coeur D’Alene. He seems to have good relationships with many of the business interests and lobbying crowd in Boise based on his financial disclosures.

David Leroy also has good name ID in the state since he was formerly Lt. Governor from 1983 to 1987. He might not appeal to a younger voter since 1983 was a very long time ago, but he is well respected in the state and is well known for his expertise on Abraham Lincoln.

Michael Snyder, a first-time candidate is the author of a doomsday blog called “The Economic Collapse“. With little name recognition Idaho, some wonder if his running is an attempt to drive traffic to his website.

There are several other possible wrinkles that could come up in the race. First, State Representative Christy Perry from Nampa has indicated she might enter the already crowded race. Her entry could possibly drain votes from Malek and ensure a Russ Fulcher victory. Second, Layne Bangerter, formerly the state chair for the Trump campaign and current Trump Advisor in DC has been discussed as possible contenders in the race to replace Raul Labrador.

Finally, there is the possibility that Raul Labrador decides to stay in Congress. Facing a difficult race against candidates with much bigger in-state funding, Labrador has until March to decide if he wants to keep his seat instead of facing a loss. An argument could be made that President Trump needs strong conservatives like Labrador more than ever. Also, who would be left to stand strong in the Freedom Caucus in the House of Representatives if he is no longer there? Idaho conservatives may be better served by his legislative experience in Congress at a time when the left is running an all-out assault on our democracy.