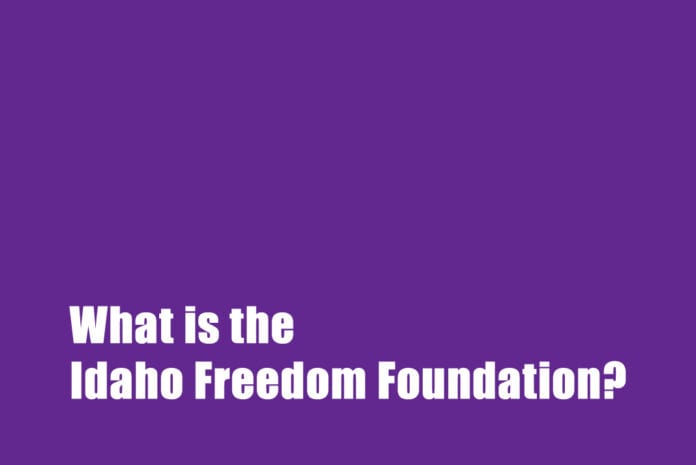 In the small world of Idaho politics, a player has emerged that is making more noise than the rest. Love them or hate them, the Idaho Freedom Foundation has fought to have an impact on the State’s policies. And, to a certain extent, they have.

In a few short years, Wayne Hoffman has built the Freedom Foundation from an idea into a political force. It has gained plenty of press and a measure of influence throughout the state. Their Freedom Index is often quoted and they have a presence during legislative sessions.

Wayne Hoffman and Heather Lauer started the Idaho Freedom Foundation (IFF) 2009. The IFF’s goal was to be a state-focused think tank on Idaho’s governing policies.

Per his bio, Hoffman spent the first part of his career as a journalist. (1) he was a reporter until 2005. Since the beginning, Hoffman has been the face of the IFF. He has worked hard to build its reputation and fight for the principles the group stands for. He has been a constant presence at the Capitol and often testifies before committees.

Heather Lauer has spent her career in the political arena. Per her bio, she has over 20 years of campaign and communication experience (2). After helping Hoffman get the IFF started she left to focus on building her own digital marketing/campaigning company. Since 2008, she has lived in the Washington, DC area and run many high-profile campaigns.

We, the members of the Libertarian Party, challenge the cult of the omnipotent state and defend the rights of the individual.

…and hold that where governments exist, they must not violate the rights of any individual: namely, (1) the right to life — accordingly we support the prohibition of the initiation of physical force against others; (2) the right to liberty of speech and action — accordingly we oppose all attempts by government to abridge the freedom of speech and press, as well as government censorship in any form; and (3) the right to property
— accordingly, we oppose all government interference with private property, such as confiscation, nationalization, and eminent domain, and support the prohibition of robbery, trespass, fraud, and misrepresentation. (3)

…do that through the advancement of principles that help promote a vibrant, prosperous and free life for all Idahoans.”

The Role of a Think Tank

A think tank is an organization focused on research and advocacy on broad topics. Some think tanks have narrow focuses, but for the most part, they focus on big-picture issues.

Their goal is to be experts in their respective areas. They seek to provide research and information for groups to make informed decisions. Most think tanks are non-partisan. But in recent years many have more political in their nature.

Per a 2017 paper by the UNC School of Government, think tanks tend to “stand back from the fray and offer insights that might contribute to a discussion…” Also, the Economist states that “think tanks aim to fill the gap between academia and policymaking.” (4)

For many think tanks, the line between education and lobbying is very gray. Such is the case with the IFF. While their writings do offer analysis and education on many topics, it is their influence that gets called into question.

In 2016, a Representative took on the IFF for what they perceived as lobbying practices. An article in the Idaho Statesman outlined their points and the issues with their tactics.

However, Hoffman defended the IFF’s position and the roles they had to fill to do their jobs. (5)

Nothing came of the riff between the two parties as both parties held firm to their points. But it is easy to see how the IFF blurs the lines between lobbyist and educator. While this wasn’t the first charge of its type against the IFF, it won’t be the last.

Freedom isn’t cheap, and in the case of the IFF, neither are they. According to tax returns posted on their website, their annual budget is over $700,000. Much of their income comes from “gifts, grants, contributions, and membership fees.

While this is typical of a non-profit organization. The IFF is very secretive about where the money comes from. In the early years, they received grant monies to help the fledgling startup get going. As the years passed, funding sources have shifted. Now, it has become difficult to trace the funds financing the organization.

When pressed about where their money comes from, Hoffman has stated that 99 percent of it comes from inside Idaho. (6) Yet, it is well documented that the IFF has many ties organizations outside of Idaho.

The IFF is one of 64 “Affiliate Members” of the State Policy Network. Also, in a 2012 blog post on the IFF’s site, Hoffman stated that ALEC had been an “invaluable resource to the IFF.” It is interesting how each of these organizations is as committed to protecting their donor’s identity as Hoffman is.

One of the biggest tools the IFF (and other organizations like them) is their Freedom Index. The index is a summation score of legislators votes on bills passed.

The index supposedly takes a non-partisan stance in its analysis on the legislation. Its 12 point measuring system (9) focuses on governmental growth, spending or regulation.

Legislators with high index scores voted along the lines and philosophy of the IFF. Conversely, those with low scores voted opposite of what the IFF would like. The IFF says the index is a simple scorecard voter can use to see how their representative is doing.

The interesting thing about indexes like this one is the behind the scenes work that goes into them. Which bill is chosen is subject to the opinion of the analyst, as is the weighting of a bill. This weighting impacts the legislators’ total score from all bills they vote on.

Voting in line with the IFF’s philosophy on the “important” bills gives one a higher score. Without an understanding of the IFF’s position or agenda, these high marks may seem like a good thing. In reality, the worth of the Freedom Index depends upon your political philosophy and agenda.

Some legislators complain about the IFF’s use of the index to influence votes. While not coming out and saying vote yes or no (because that would be lobbying), the IFF makes sure legislators know what their score would be.

A 2016 editorial in the Idaho State Journal voiced the following opinion:

“The Idaho Freedom Foundation (IFF) would have us believe that their “Freedom Index” is the benchmark by which conservative legislators should be judged. In reality, it is of marginal use in identifying loyalty to conservative values and is being used as a bully tactic against select legislators whom the Foundation has targeted as dispensable. ”

New for 2019 from the IFF is the Idaho Spending Index. Similar to the Freedom Index, the Spending Index measures legislators effectiveness in managing government spending.

According to their rating metric, the index:

“provides lawmakers and their constituents with a frame of reference for conservative budgeting, by summarizing whether appropriation measures contain items that are sincerely objectionable or sincerely supportable.” (10)

The metric does this by analyzing seven different issues, then reviewing lawmakers decisions and determining their effectiveness. As anticipated, those who scored well on the Freedom Index scored well on the Spending Index because they are in line with the IFF’s philosophy. And those who didn’t score well are on the opposite end of the Freedom Foundation’s philosophical spectrum.

They use the conservative label, but take guidance from right-wing sources like the SPN and ALEC. They also seem to weaponize their Freedom Index and the court system to further their agenda.

In the final analysis, the IFF does have an impact on Idaho’s politics. Their impact depends on your viewpoint and how informed of a voter you are. 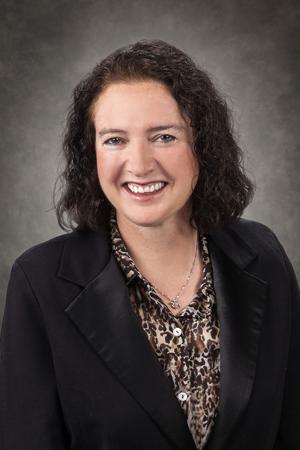 Gretchen Clelland is a financial advisor and former chairwoman of the Twin Falls County Republican Central Committee. She has served on the Idaho Citizen’s Commission for Reapportionment since its inception in 2014. Clelland also served as a delegate to the most recent Idaho GOP Convention.