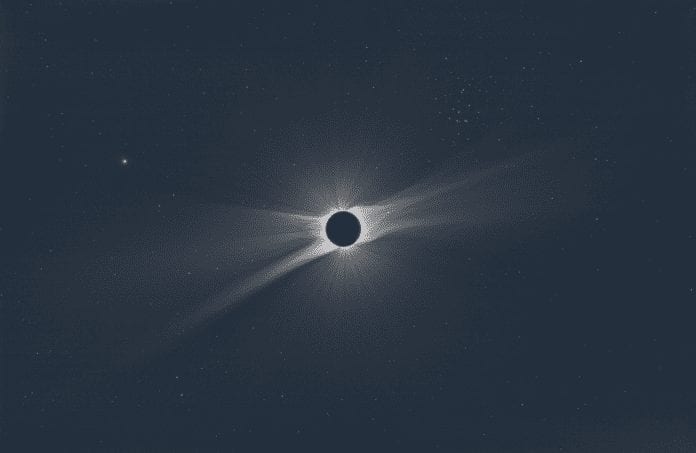 From my home I can see Interstate 15. It was fascinating to watch as thousands of adventurers streamed northward to view the total solar eclipse. As I was driving home on Sunday I saw all the RVs, vans and buses, like geese in the spring, unwavering in their mission north; but oddly my throat constricted and I got a bit emotional.

These are my fellow audacious Americans and they were not about to miss out on something so exciting, something so bold and so unique. It made me proud again to live amongst such a robust breed of people. In our blood flows the DNA of those bold adventurers who left their tepid home countries to explore and conquer a dangerous new world.

Stalwart souls who have brought freedom and liberty to so many places in the world. In the European vein flows the remnants of those meager ancestors who were satisfied with a paltry existence, secure in the safety of an overbearing monarchy and afraid to venture out beyond their hovels. As Americans our fire burns hotter, our passions more intense and our determination more vigorous.

We are a proud and patriotic country of vibrant, engaged citizens and I love living here surrounded by such noble, adventurous souls.

It reminds me of an experience my brother had a few years ago. He was working on the railroad, as a brakeman for the Union Pacific. One hot August afternoon their freight train was pulled off on a siding to let a faster Amtrak train pass by.

One of the jobs of the two people on the freight train was for one person to be on each side of the passenger train as it whizzed by, to visually inspect it for brakes locking up or anything else that might be amiss. They were in the mountains of eastern Oregon and that particular section was rather steep so the Amtrak train had slowed considerably.

My brother was leaning in obediently, looking up at the undercarriage, when all of the sudden some employee on the passenger train released the valve to the septic tanks and my brother was instantly covered with the warm, vile contents. Like a cement truck pouring a long driveway. It’s not pleasant being pooped on at noon on a hot August day.

Up until a few years ago that’s what all passenger trains did, they just waited for an empty stretch of track and then dumped the contents of their tanks.

My brother was still six hours away from his destination and it was almost one hundred degrees outside.

He valiantly rode that train and performed all of his tasks to the utmost. A mere mortal might have quavered in the corner but he is made of sterner stuff. Like you, he has direct descendants going back to the Mayflower. His progenitors fought in the Revolutionary War, they pushed handcarts across the blizzards of Wyoming. He’s not going to be daunted by a bit of doo-doo, expelled from his tasks by excrement, dissuaded by dung or sidelined by sh—sludge.

When they finally pulled into the station I think he still had a few nuggets behind his ears. His clothes were crusty and no one would stand near him. But he was still holding his head high and smiling; despite the spinach in his teeth. (at least I think that was spinach)

As Americans we have descended from proud people. Whether you are Native American or one of the most recent arrivals; having fought your way to citizenship. We are all in this together. I love the motto of our dear country: E Pluribus Unum — out of many, ONE. We are a dynamic country and who can not appreciate the thrilling adventure of living here.

This column was submitted by state Rep. Randy Armstrong, R-Inkom.