Representative Heather Scott in House District 1 in Northern Idaho will have a Republican Primary challenger- Mike Boeck in 2018.

Mike Boeck, a longtime resident of Bonner County, has served on the Bonner County Republican Central Committee for over 20 years. He is also a US Army veteran who served 20 years in the Idaho National Guard and retired as a Major.

His career was in the forest products industry and he also had experience as a firefighter and smokejumper. Now being “semi-retired” as he calls it, he feels like it is time for him to serve.

When he announced his campaign earlier in 2017, he made some comments to the Bonner County Central Committee that highlight his tone and line of thinking:

“I told them I respect Heather’s service, which I do – it takes a lot of courage to run for office, but I think we need a choice. And all I ask of this committee is honesty and respect because it can get real nasty in a campaign.”

In addition to those comments, Mike also said the following, “I have come to know very well the issues that this district really cares about, I know that my experience and commonsense approach to problem-solving can bring a much-needed partner to our current District 1 representative, Position B, Sage Dixon, and District 1 state Sen. Shawn Keough.”

Republican voters in District 1 will vote on this seat on May 15th along with other statewide offices. 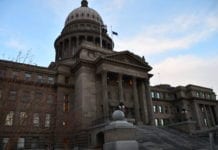 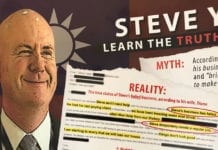 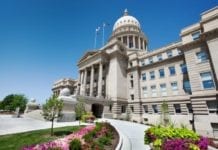 The Curious Conservatism of Julianne Young