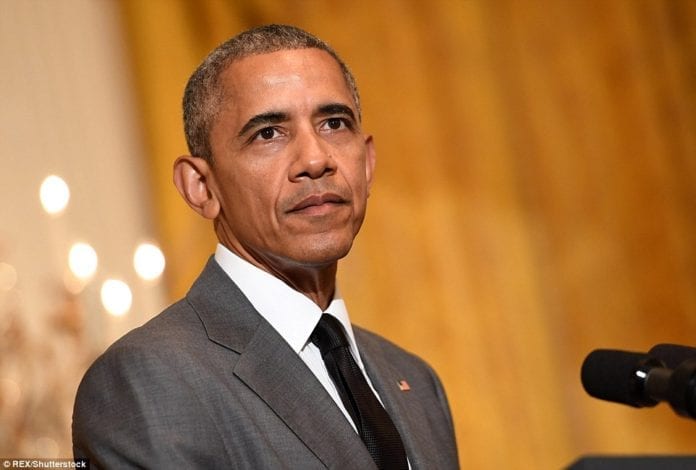 President Trump recently broke his short silence on the Obama-Russia relationship, adding that the investigation into Russia that was launched by President Obama and his team was purely for Hillary Clinton’s political gain. During her political campaign for President, then President Obama and his team initiated the investigation into Russian meddling and a supposed connection to the Trump campaign.

In a tweet regarding the investigation, President Trump stated:

“Why did the Obama Administration start an investigation into the Trump Campaign (with zero proof of wrongdoing) long before the Election in November? Wanted to discredit so Crooked H would win.”

The president continued by adding “Unprecedented. Bigger than Watergate! Plus, Obama did NOTHING about Russian meddling.”

Giving President Trump the benefit of the doubt here, it is still a lofty accusation to compare the supposed wrongdoing of President Obama and his team to that of the Nixon campaign during the re-election campaign in 1972. While Nixon resigned over the revelations that he was trying to stop the FBI from investigating his campaign, it is strikingly different than initiating an investigation. Still, though, if Trump’s facts ring true there could potentially be a Watergate-Esq coverup and story in the making.

The accusations against Russian meddling are at least being taken seriously as are the allegations of interference from the Left as well as the Trump campaign. Law enforcement authorities and government investigatory officials have concluded that there is an outpouring of evidence confirming the fact that there is a need to investigate Russian interference in the previous Presidential election.

While Trump and his collective staff and campaign aides deny there was any sort of collusion, special counsel Mueller is thoroughly exploring every avenue to ensure that the truth is brought to light.

Still, after months of investigations and allegations, there have been no definite findings made against President Trump or the Left.

Presumably speaking for most of America, we would love to know when we can reach some sort of conclusion on this matter and move on. It is, after all, getting particularly old hearing about further allegations against both parties, both campaigns and Russia. Until then, we will try to patiently wait in between party politics for a complete analysis from the special counsel.