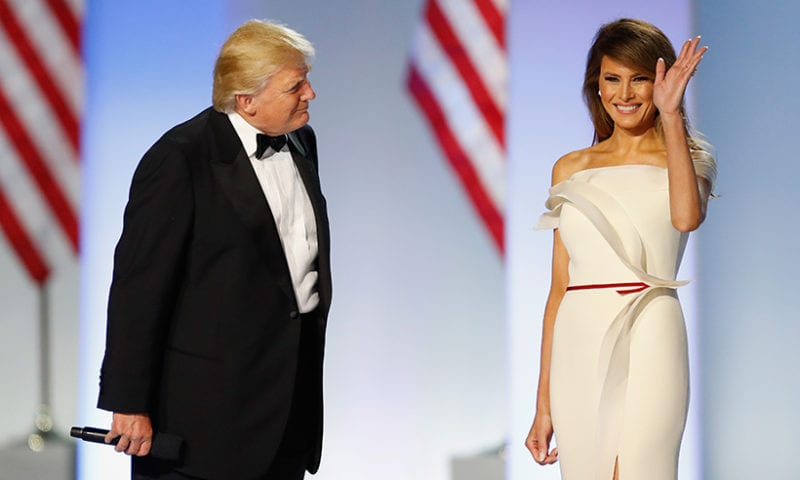 The left brutally attacked Mitt Romney in 2012 with his “binders full of women” comment. They used this as part of their false narrative that conservatives were waging a “War on Women”. Everything was politicalized as being anti-women, from Hobby Lobby to congressional races. Wage equality, sexism, and feminist agendas dominated the news cycles; a brutal war on Republicans and an abrupt ceasefire brought on by Obama’s win.

Donald Trump’s presidential win sent shockwaves through the ranks of the liberal elite, bringing back to the battlefield. This time the war was waged against conservative women.

Kellyanne Conway will go down in history as the first women to manage a winning Presidential campaign. Her place in history went virtually unreported by the media because she worked for Trump. Conway, a skilled political operative, spent the first few months of Trump’s presidency making the rounds on cable news defending the President. She did an excellent job explaining his positions to the opposition media and ran circles around them. Their response? Initiate a narrative that she should be banned from cable news because she was a liar.

This coming from the same media that praised former Ambassador to the UN and National Security Advisor to President Obama, Susan Rice for her blatant lies on Benghazi. To them, it’s ok to lie, so long as you are a Democrat. Once the media made it clear she was an enemy of the progressive agenda, she became a target on Twitter.

Who wore it better, a firecracker pop or Kellyanne Conway? pic.twitter.com/DqEQMfXKVy

When the media starts losing ground against a strong conservative female it leads the charge on sexist attacks on their appearance.

After Sean Spicier’s departure from the role of Press Secretary, Sarah Huckabee Sanders was appointed to fill one of the toughest jobs in the White House. Calm, capable, and articulate are all great ways of describing her job performance. It’s not easy defending the President in a room full of people who hate him, each desperate to ask the next question designed to attack Trump. As she excelled in her job, the media had no choice but refuse to disavow the horrible attacks on her appearance.

Sarah Huckabee Sanders looks like every woman eating lobster on a cruise ship.

I feel like Sarah Huckabee Sanders left and right eye switched places or something.

Why you never wear GREEN on TV? pic.twitter.com/IsC8TuE3Ei

President Trump’s wife Melania may just be one of the most stunning women to ever live in the White House. A successful businesswoman, mother, and former model, Melania should be praised as an exemplary First Lady. Instead, she is mocked and attacked at every opportunity. Just the other day, a librarian attacked her for sending “racist” Dr. Seuss books for kids. In the aftermath of Hurrican Harvey, the media made up a false narrative about her wearing heels in Huston during relief efforts. For the inauguration, multiple designers refused to make a dress for her and made a fuss of it online.

No matter how beautiful the outfit, or graceful her actions, the left refuses to back off their sexist and mean attacks on her.

For some reason it made me think of the blueberry girl from Willy Wonka. ?#FLOTUS pic.twitter.com/ohOHxFdXRY

And here we have Melania Trump modeling what NOT to wear to a hurricane: 5-inch stilettos.

How out of touch can you be? pic.twitter.com/tZR8o3dYxY

don’t miss the opportunity for some Melania Trump and Stephen King’s IT cross-branding: “With Melania’s hat, You’ll FLOTUS Too!” pic.twitter.com/oCk0XZsJEQ

The left has taken the manufactured War on Women to a new level. It is unacceptable to treat successful women this way. The lies, the snickering, and elitist hypocrisy are one of the many reasons Trump won in November and a very good reason why he will win again in 2020.