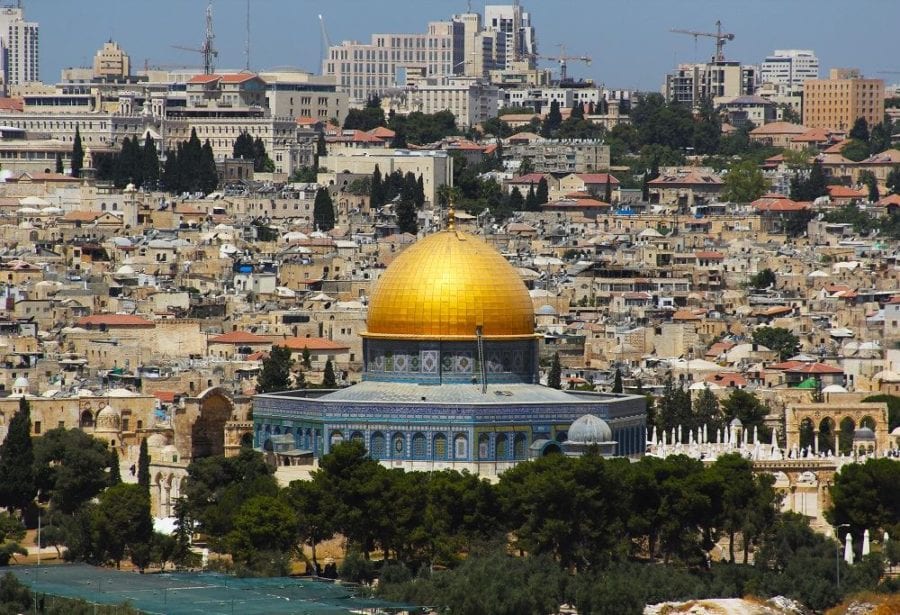 On Wednesday afternoon (Dec 6th), President Donald Trump officially recognized Jerusalem as the capital of Israel. In addition to this announcement it was disclosed that the US embassy has intentions to move to that city, this according to senior administration officials.

Many still wonder, though, which Jerusalem? It could be one of three – United Jerusalem, Jerusalem or West Jerusalem. It seems like there is still an internal debate within the administration regarding this specific designation. Speculation points to just Jerusalem, providing all sides the opportunity to interpret the change as they wish.

The change in designation of the capital city comes with an array of negative speculation in regards to the potentially deadly and violent consequences that are expected to follow on the heels of Trump’s announcement.

However, Trump has discussed the change with all parties involved and interested as well as the critical leaders and main players in the greater Middle East region. Trump’s intention was to notify then address any concerns that may have surfaced due to the increasingly sensitive nature of dealing with Jerusalem’s historic and current role in Israeli government.

President Trump “remains committed to achieving a lasting peace agreement between” Palestinian and Israeli officials, and is very “prepared to support a two state solution” should both parties decide they want to pursue such a deal. “The president came to the judgment…this was both the right time and the right step to take” in order to further instill and maintain tranquility in the region.

According to Amos Yadlin, the almost minister of defense prior to Netanyahu, took to Twitter sharing the following information:

3.The speech illustrates to the Palestinians, regardless of what they may think, that time is not working in their favor.

4.Refusing to compromise or reach an agreement is not “holding out for a better deal,” but will actual amount to missed opportunities while Israel achieves its goals through means not dependent on the PA

5.The declaration could also promote new approaches to peace. The time has come to give up on irrational policies that try the same strategy over and again and expects different results. It challenges the principle that “nothing is agreed until everything is agreed”

What is lesser known, though, about the Jerusalem’s new designation is the legislation that was passed on Tuesday that puts an end to all U.S. funding to the Palestinian Authority.

The House of Representatives on Tuesday overwhelmingly passed a bill that could end all U.S. funding to the Palestinian Authority in response to a program under which officials give financial support to the families of terrorists who are killed or imprisoned.

The Taylor Force Act, named for a former Army officer who was murdered in 2016 while traveling in Israel, would strip the Palestinian Authority of most of its U.S. foreign aid if local officials can’t certify that they stop making payments to terrorists’ families, a practice that has been dubbed “pay-to-slay” by critics.

This is obviously a new approach to Israel, and the President has shared he has full support from his think tank dedicated to peace in the Middle East. For now, at least, the embassy will continue to function and operate as normal in Tel Aviv. If not, an almost immediate cease of funding to the State Department would occur.

Regarding the embassy, President Trump signed a waiver that will ensure funding for the State Department during the transitionary time, including all construction/building, security and transferal phases of the project. The one unanswered question leaving many to speculate is just how long the move would take. When the embassy moved in London it took 8 years. Whether or not the next move is the same is still unclear.