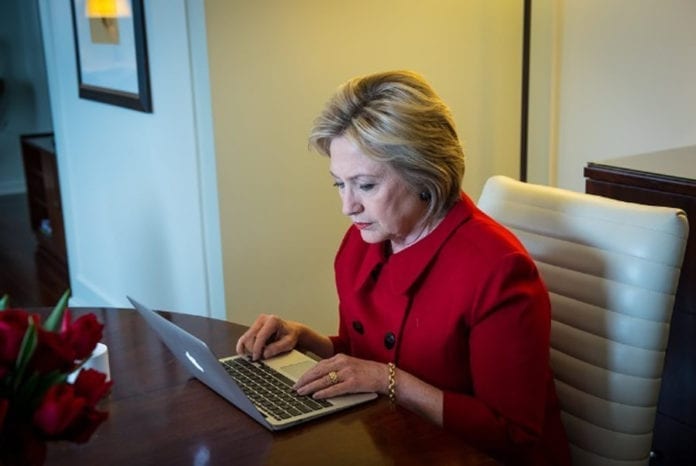 We get it, you lost the election that the majority of Americans thought you had no chance of losing. That must be hard to come to terms with, especially considering the fact that you have not missed a single opportunity to publicly announce the laundry list of people who lost the election for you.

As far as the past few days go, Comey is the one to blame for Hillary’s election loss. To be clear, though, Hillary has pretty much kept him at the top of the blame list since he reopened the investigation into her email scandal.

As if publicly shaming him repeatedly as the main reasons for her electoral loss, Hillary has even gone as far as having a book authored that specifically addresses how Comey lost the election for her. The book is titled “The Unmaking of the President 2016: How FBI Director James Comey Cost Hillary Clinton the Presidency.”

Really, though, this is not a joke. Just this week Hillary was at an event in Washington D.C to promote the new book. Commenting on the new thrilling page-turner, the author of the book, Lanny Davis, added the following:

“The most important thing I can say about you, Hillary, is that this book is because going back to law school. I remember your focus on the word ‘facts.’” She also spoke briefly about Hillary, noting that “As a candidate, she knows the difference between truth and alternative facts. So this book is about indisputable evidence – I will leave the conclusions, the rhetoric and the arguments to others.”

Perhaps it is time someone teaches poor Hillary how to stop being a sore loser and move on. Honestly, she is turning these negative finger-pointing acts of publicity into something much more positive such as a campaign for office or working to unite two political parties who are further away from each other than ever before. Until then, keep pointing your finger at everyone but yourself.