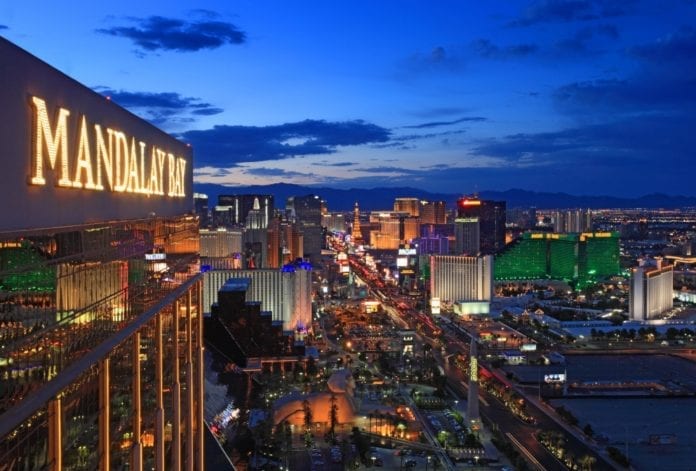 Last night, a deranged man killed 58 and wounded over 500 people attending the Route 91 Harvest Music Festival in Las Vegas. President Trump has called this an “Act of evil” and investigations are underway to learn the motives behind this horrible event.

As automatic gunfire rang out and people scrambled for cover, others ran towards the gunfire and risked their lives to protect others.

On Fox News this morning, Jon Scott asked one of the survivors, Russel Bleck about what he saw. His account was astounding.

“In a world where everyone is kneeling, I saw hundreds of people standing up and running towards the danger,”

“These first responders, the second that you heard — I did not know what to do in this scenario, and there were individuals who trained very well, running towards automatic gunfire with nothing but a pistol on their sidearm.”

“I mean like, who does that? Every fraction that those cops gave that guy, saved so many lives. [Because when] he fired, multiple people, were hit.”

Other accounts of first responders, off-duty police officers, veterans and others who risked their lives during the shooting continue to stream online.

“A metro officer, who I owe my life to…actually covered me up to protect me from being shot,” Las Vegas shooting witness says. pic.twitter.com/X0KxOqgaKL

The personal tales of heroism, even in the face of such horror, are reminders of that humanity is ultimately good. https://t.co/NJ9SegeZOC pic.twitter.com/l0u0eBRDrN

This guy is a hero..
Who drops a stranger to the floor and covers their body from gun shots? #PrayingforVegas #Route91Festival #lasvegas pic.twitter.com/kiOP3irALn

One man stood to draw the shooter’s attention, as people screamed and ducked down. The man then cupped his mouth and screamed what sounded like “Come on! Fight me,” or “Come on! Face me!”

And the award for the worlds biggest brass balls goes to: pic.twitter.com/iIhowiwpQW

Two off-duty LVMPD officers died during the attack and others were wounded. The LVMPD is calling for blood donations to help the wounded. Thanks to rapid police response, they were able to find and help stop the shooter before more could be hurt. The shooter killed himself as police were storming his hotel room.

Thank you to all the heroes who saved lives during this tragic event. We can all pray for the victims and their families as thousands of lives are forever impacted by this act of evil. May we all find peace knowing that there are still good people in this world willing to stand up against evil and protect those around them.

My warmest condolences and sympathies to the victims and families of the terrible Las Vegas shooting. God bless you!